Two tools I can't be without for getting some coding done is Vim as my text editor and tmux for managing my terminal.

For those who don't know what tmux is, they summarize it pretty well:

It [tmux] lets you switch easily between several programs in one terminal, detach them (they keep running in the background) and reattach them to a different terminal. And do a lot more.

Vim uses the Escape key an awful lot (to exit the different modes). tmux prefixes every command with ctrl-b as default, even though it's a little awkward to hit.

These two keys (Escape and Control) get a lot of attention, but are annoying to reach. What key instead is placed on the home row, easy to reach and rarely (if ever) being used? That's right: Caps Lock. So I remapped Caps Lock to work as both Escape and Control and I have never looked back. I've never encountered a problem that required me to turn it off, even temporarily.

It's rather easy to setup on OS X. 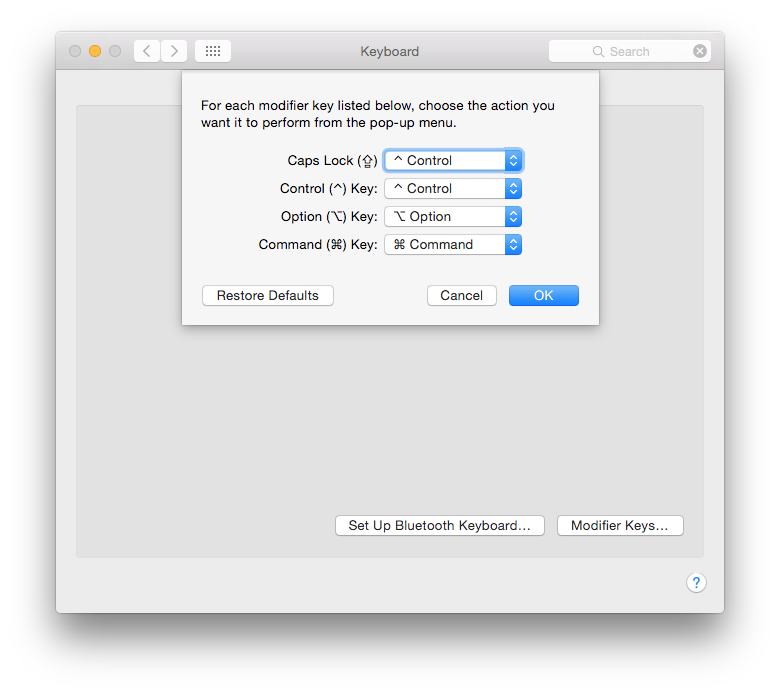 After that, install Karabiner (also available as a Homebrew cask brew cask install karabiner) and open its preferences. Search for control escape and enable the Control_L to Control_L option. 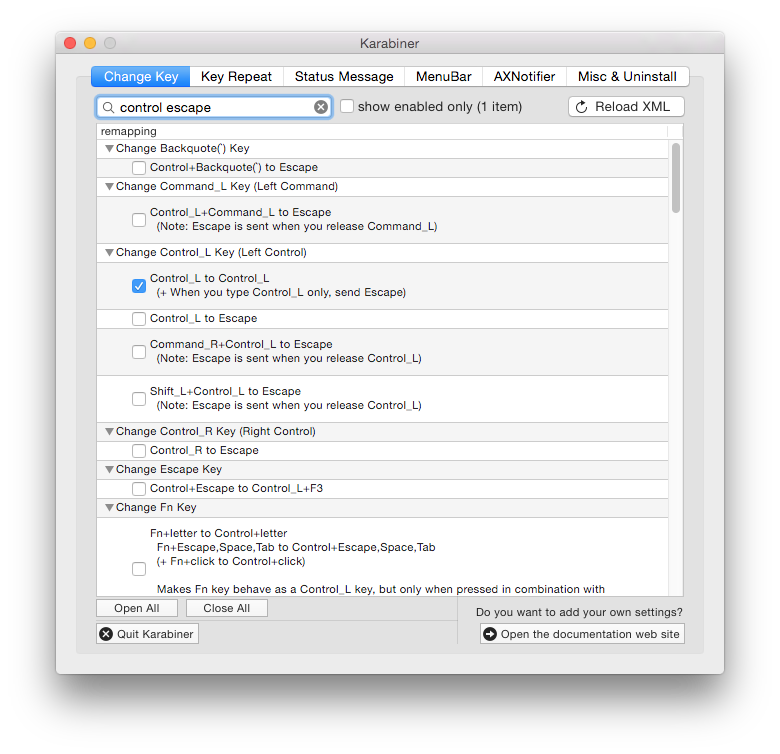 That's it. Give it a try; with Vim, tmux, your ordinary apps, see how it works for you.

Consider changing the prefix to ctrl-a instead. It works really well with the Caps Lock remap and it's easy to hit. See my dotfiles for how to change that.